The Iowa Supreme Court will hear arguments in Planned Parenthood of Iowa v. Reynolds on February 23. Writing at On Brief, Nyemaster's Iowa appellate blog, Rox Laird previews the issues in the case. Below is an excerpt.

The Iowa Supreme Court should overturn its 2018 ruling that the Iowa Constitution protects the fundamental right of a woman to decide whether to terminate her pregnancy, the State of Iowa argues in an appeal to the court in a case to be argued Feb. 23.

In short, the State argues, “It should be overruled.”

The case for eliminating state Constitutional restraints upon regulation by the Iowa Legislature comes in an appeal by the State in Planned Parenthood of Iowa v. Reynolds, which is scheduled to be argued before the Court at 9 a.m. Feb. 23.

The State is appealing a Johnson County District Court decision permanently enjoining enforcement of a 2020 Act of the Iowa Legislature that required a physician performing an abortion to obtain informed consent from the pregnant woman at least 24 hours before performing the procedure. The District Court held the legislation violated the Iowa Constitution’s single-subject rule by incorporating the waiting-period provision with a separate provision regulating the withdrawal of life-sustaining medical procedures from a minor child over the objection of the parent or guardian.

Continue reading on On Brief... 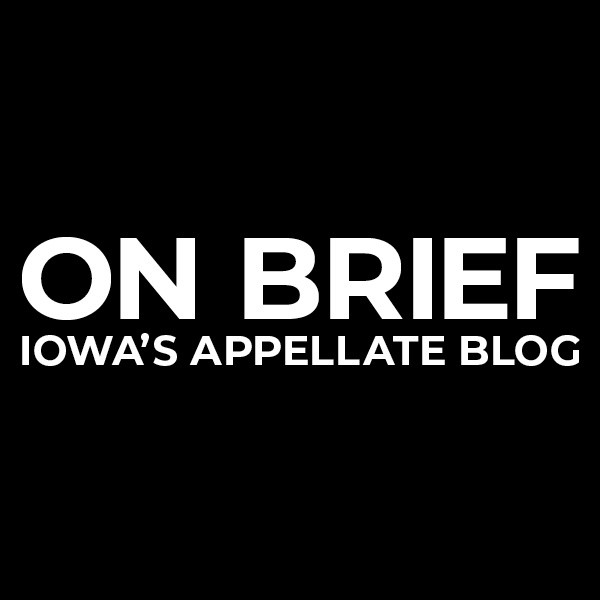